Portable panels that are able to be fitted to the side of a gooseneck - also available for floats!

JACK BISCHOFF Apprentice Fabricator Coming off the family farm, Jack began work experience at Jones Welding towards the end of 2016. As he consistently showed interest in improving his ability to manufacture quality products, Jack was offered a chance to extend his knowledge by becoming the newest school based apprentice at JWRS. Jack began in February 2017 working two days a week to receive his Certificate III in Engineering under the careful guidance of the JWRS fabricatio 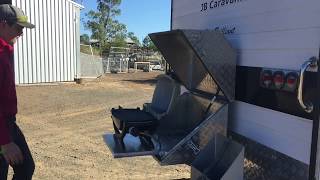 I & C Wilson's new BBQ box with slide-out shelf for their JB Caravan! 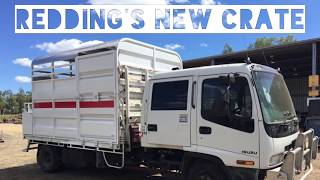